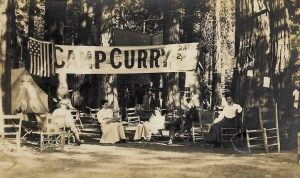 The collection of postcards in “Yosemite’s Historic Hotels and Camps” chronicles Yosemite’s accommodations from the 1900s to the 1950s. Author Alice van Ommeren notes “The park’s natural beauty attracted significant photographic interest and several photographers opened studios in the valley. They used the popularity of postcards in the early 1900s to their advantage by publishing and selling reproductions of their photographs.” 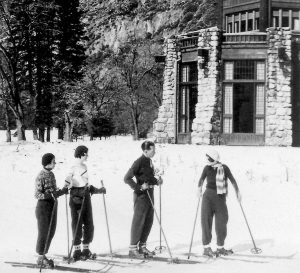 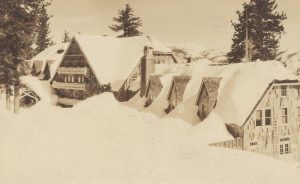 Author Alice van Ommeren is a historian and postcard collector, as well as a frequent visitor and former season resident of Yosemite National Park. (She is also author of “Stockton in Vintage Postcards”) She has chosen more than 200 vintage postcards, the majority from her personal collection and some from private and public collections to give the readers a picture postcard glimpse into Yosemite’s Past.